What are the key elements for success when it comes to foundations, science and equality? Highlights from the Research Forum Conference 2022

Four long years after the last Research Forum Conference in Hanover in 2018, the Research Forum came together in Lisbon on 21-22 April, at the home of Fundação Calouste Gulbenkian, to explore the key elements for success when it comes to addressing issues related the science and equality, and what role foundations and philanthropy might find for itself in this context.

Inequalities in the field of science are on the rise, and the Covid-19 pandemic has only exacerbated the disparities affecting scientists in all disciplines. Across the globe, inequalities are widening, opportunities for those who come from more disadvantaged backgrounds are decreasing, and, as a result, research has a reduced pool of people and talent to draw upon. Moreover, inequities come in different forms, depending on gender, geography, or socio-economic backgrounds, making it ever more complex to fully grasp the roots and consequences of this phenomenon. It was in this context that the Forum came together with a number of celebrated speakers from the worlds of research and science, and philanthropy and civil society, and the effervescent moderator Quentin Cooper, to foster an open discussion around the role of science in understanding and fighting inequalities in society. 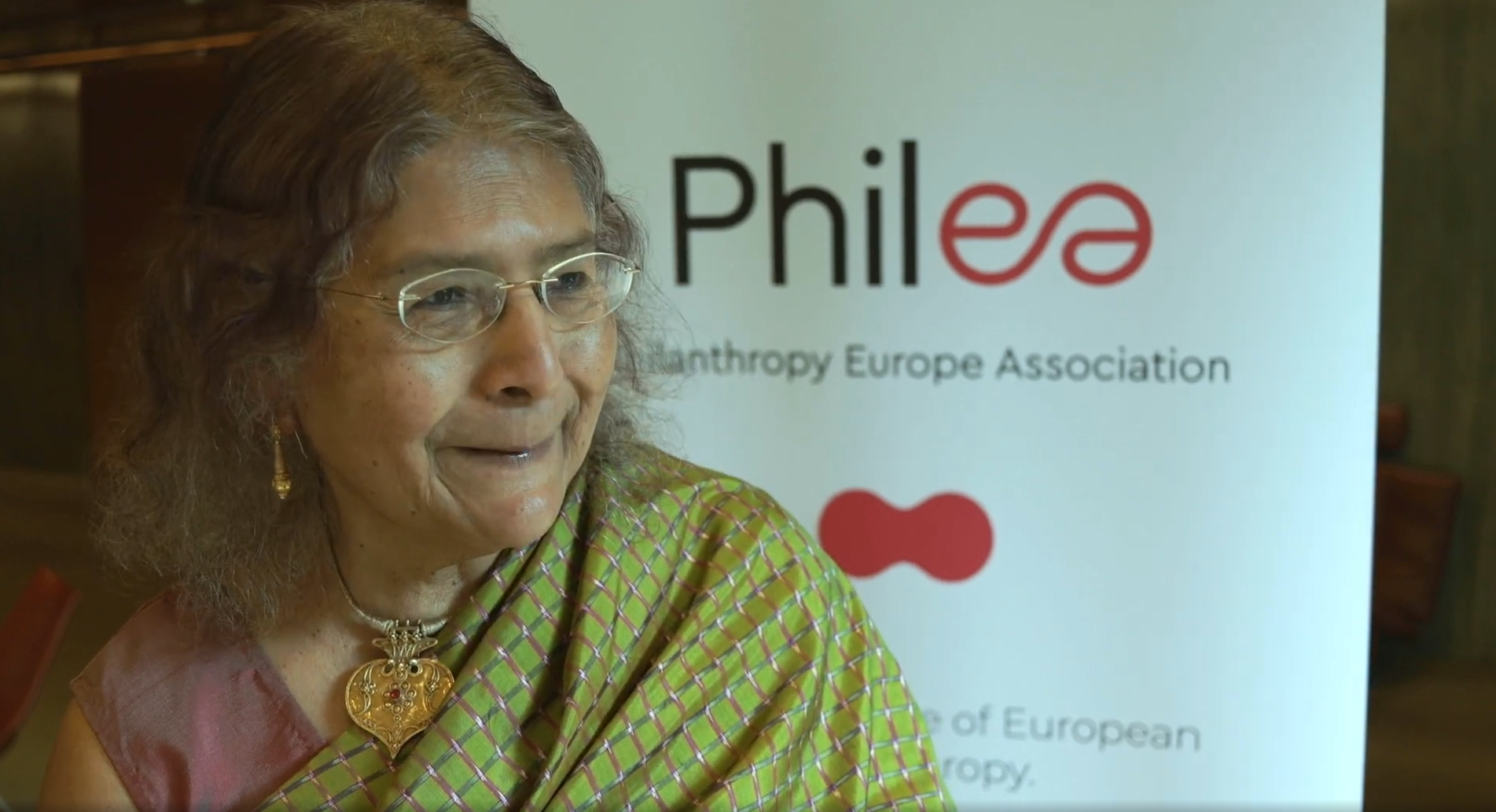 José Neves Adelino, Trustee, Fundação Calouste Gulbenkian, began proceedings welcoming the Forum to Lisbon and campus of the foundation and briefly illuminating the need behind the Forum’s discussions, and the need to proactively work to eliminate inequalities. Ilaria d’Auria, Head of Programmes – Thematic Collaborations, Philea, and coordinator of the Research Forum, followed, welcoming the members of the network back to its first physical meeting in 2 years and sharing some details on the work of the Research Forum for those new to its work, and on the work and background of Philea,. Ignasi López Verdeguer, Director, Department of Science and Research, “la Caixa” Foundation, and Chair of the Research Forum, rounded off the welcoming remarks and reiterated that the Forum “is a key moment for foundations to be more efficient, impactful and adaptable when it comes to research.”

Sheila Jasanoff, Professor of Science and Technology Studies, Harvard Kennedy School, winner of the 2022 Holberg Prize, and the first keynote speaker of the Forum, highlighted the growing issue of trust, and the lack thereof, both within the foundation sector and research community, and wider society. “If you are interested in data it shows people trust science but not scientists. Similar in the medical world. Why though?” asked Sheila, who pointed that part of the reason lies in “the materiality of trust and the systematic destruction of the institutions of trust” that frame our societies. Outside of this, Sheila offered four takeaways for foundations when it comes to funding research; small grants are beautiful, don’t miss the charisma of the everyday, mobility should be across sectors, not just borders, and that continuity should be framed as a public good and explained that “foundations need to find a new groove when funding research, and the answer is unglamorous”.

The first panel discussion of the day sought to broach the subject of the tools and approaches that are being used to fight inequalities in science and featured Michael Makanga, Executive Director, European & Developing Countries Clinical Trials Partnership, Joana Moscoso, Director, Native Scientist, Kostas Glinos, Head of Unit, Open Science, European Commission and Ylann Schemm, Director, Elsevier Foundation. A central theme of this panel was of access to science, both as a vocation, and a resource. Joana shared that “The story (of Native Scientist) relates a lot to my life. At 9 learned about bacteria and decided to be a scientist, learning about the invisible world around me. But there was a problem. The low access to science where i was from.” This was further referenced by Michael, who detailed the work of EDCTP, and the tools and actions being used to tackle the low access to science across Africa, and Europe. The supporting role of journals in this equation was touched upon by Ylann, and Kostas delved into the role of Open Science, and the various programmes, policies and practical actions the Commission is exploring to support the work.

The next panel looked at inequalities in the field and specifically the role of research centres, both in addressing the issue, but also their role in its creation. The panel featured Caren Norden, Deputy Director of Science, Gulbenkian Institute of Science, Francine Ntoumi, President, Congolese Foundation for Medical Research, Joanne Duberley, Director, Work Inclusivity Research Centre, and Marta Agostinho, Executive Director, EU-LIFE. Joanne neatly summarised many of the threads of the second panel when she highlighted that “we need to get over the idea that excellence and inclusion are inversely related. Its based on a very narrow idea of excellence. It ignores the value of diversity, of a diversity of opinions.” Diversity is not just a goal to be attained, but a resource in its own right, and Francine touched upon this when discussing investment in research centres in Africa, and pointed out that for all the investment that can come from overseas, national governments also “need to put their own money on the table and promote their own researchers.”

The panel was followed by João Caraça, Director, Science Department, Fundação Calouste Gulbenkian who offered a few words to wrap up the first days discussions and invited everyone to join the foundation for dinner later on that evening.

The second day of the Forum began with a keynote speech from Maria da Graça Carvalho, Professor, Instituto Superior Técnico and MEP, who built upon the conversations of the first day, highlighting the differences seen in research funding between Europe and the developing world, along with the gender split found within the research community, and delved into issues around access to education, found within Portugal, Europe and the developing world. Maria offered possible answers to solving issues related to research funding, explaining that “there are 3 lines of action. Capacity building is crucial. We need to invest in research & innovation people, infrastructure & equipment. And finally produce well designed public policy.”

The panel following Maria’s intervention explored the links between inequalities in society and their impact on society and featured Atje Drexler, Senior Vice-President Global Issues, Robert Bosch Stiftung, Melanie Smallman, Associate Professor, Science and Technology Studies, University College London, Francisca Mutapi, Co-Director, Global Health Academy and Albert Bravo-Biosca, Director, Innovation Growth Lab. “All our work to increase equality in science might come to nothing so we need to also look elsewhere, outside the science community.” pointed out Atje, “we need to invest in other systems, invest into society and the root causes of inequality.” Addressing these root causes was a primary focus of Albert’s intervention, especially the role of early childhood, and the opportunities presented then, in later development.

The final panel of the Research Forum Conference 2022 investigated the role of digital technologies, both in creating and curing inequalities, with Christoph Lutz, Associate Professor, BI Norwegian Business School (Oslo), Marco Gui, Associate Professor, Department of Sociology and Social Research, Università degli Studi di Milano-Bicocca and Thema Monroe-White, Assistant professor of Technology, Entrepreneurship, and Data analytics, Berry College. Christoph opened the discussion elucidating on digital footprints, what they are, how they are used and the growing questions around them, especially regarding surveillance and ownership. Marco build upon this, highlighting that “we see more screen time, problematic overuse and less oversight and guidance for people from low education backgrounds” while talking about digital wellbeing, and explained why “Media education is needed, alongside the development of cultural and social norms around instant messaging and always being “on”.” Thema changed the angle of the discussion, bridging the the discussions between this panel and the previous, by using research data from the US to highlight inequalities within research, and showed how it is clear that “The benefits of science are distributed unevenly.” using the examples of heart attack survival rates for women compared to men, and the huge disparity found in pregnancy related deaths for black women compared to white women, of over 200%.

“Addressing inequalities in science means addressing those within society. Science reflects society. People have bias. People have interests. Its easy to blame systems and institutions but they were all created by people.” reflected João Pedro, Fundação Calouste Gulbenkian and incoming co-Chair of the Research Forum, alongside Marta Lazarowicz, Foundation for Polish Science, in his closing remarks for the event. A running theme throughout the conversations, this was picked up upon the final speaker, Ignasi López Verdeguer, who offered some final words on the Research Forum Conference 2022, its discussions, and his term as Chair.